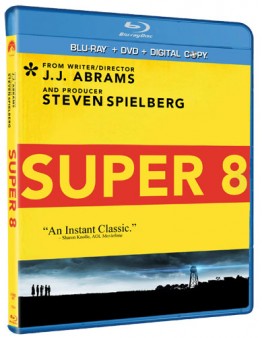 Produced by Amblin, Bad Robot and Academy Award winner* Steven Spielberg, the exhilarating story follows a group of friends in a small Ohio town who witness a catastrophic train crash while making a super 8 movie.  When they realize that it was no accident, they set out to find the truth—something more shocking than any of them could have imagined.  Combining  action, humor and heart, the film features outstanding performances from a fresh young cast including Elle Fanning (Somewhere), Gabriel Basso (“The Big C”), Zach Mills (Kit Kittredge: An American Girl) and newcomers Joel Courtney, Riley Griffiths and Ryan Lee, along with veteran actors Kyle Chandler (“Friday Night Lights”) and Ron Eldard (“Blind Justice”).