A League of Their Own Blu-ray Review 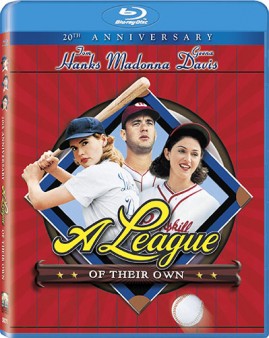 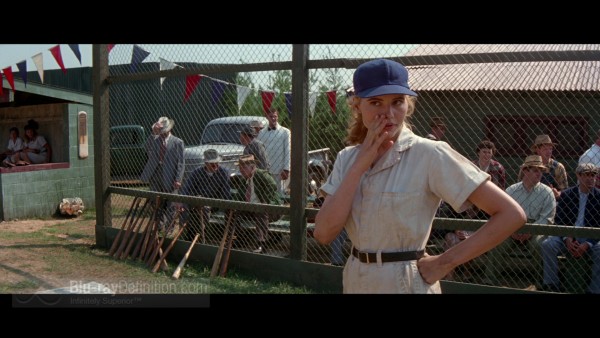 When Penny Marshall’s A League of Their Own was released in 1992, I was among the many who was ignorant of our nation’s history concerning the wartime women’s professional baseball league the film honors. Set during World War II, the film enlists a who’s who of Hollywood stars including tom Hanks, Geena Davis, and Madonna, to portray the story of the All-American Girls’ Professional Baseball League, a startup women’s pro-baseball league instituted by the Major League owners in the absence of many of the male players who were sent overseas to fight the war. Told from the viewpoint of two rival sisters, Dottie (Davis) and younger Kit (Lori Petty), who make it into the league on the same team under manager, Jimmy Dugan (Tom Hanks), A League of Their Own is a charming look back at a bygone era that tells a forgotten tale well worth telling. While Marshall’s direction often lapses too far into sentimentality, particularly in the film’s second half, League is rescued by the absolute chemistry by leads Davis and Hanks and the comic relief provided by supporting cast members Madonna and Rosie O’Donnell. Also of note is the fact that A League of Their Own doesn’t take for granted the sports scenes that are the crux of the film. The action sequences are every bit as realistic and intense here as the best of any male-dominated sports film, and that may be the biggest accomplishment for Marshall in this film. 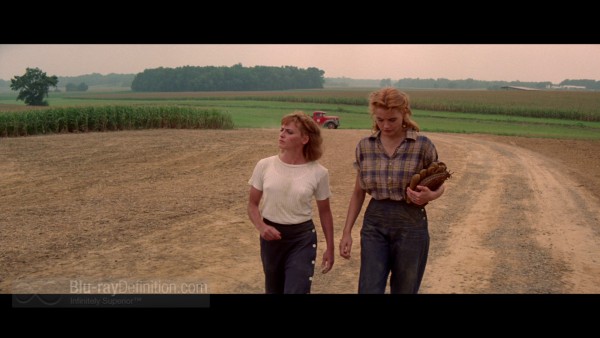 Apart from some film softness inherent in the source, this is a strong transfer from Sony, coming to Blu-ray in an AVC/MPEG-4 1080p/24 encodement transfer. It looks clean with a film-like presentation, strong detail on close-ups extended into midrange and sometime farther. Colors are natural, even if they don’t always leap from the screen as one would want them to. 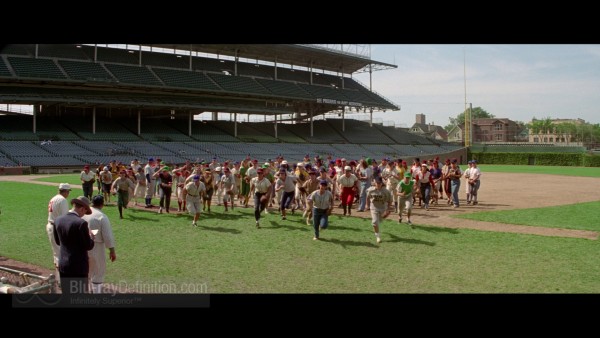 A League of Their Own gets a solid lossless DTS-HD Master Audio 5.1 (48kHz/24-bit) soundtrack that has an effective amount of atmospheric effects in the surround channels that convey that sunny outdoors feel well. The dialogue as some very slight crackle, but it is intelligible and natural in tonality as are the various sound effects such as the crack of the bats and the the sound of the balls hitting the gloves. 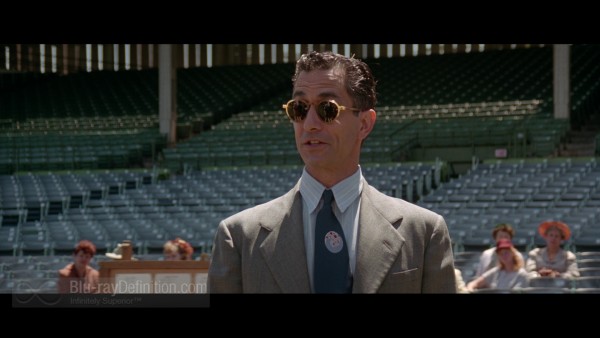 The supplements offered on this release are interesting, but there is nothing groundbreaking here. The production featurette, Nine Memorable Innings, is a standard definition port-over and the bulk of the rest are deleted scenes that don’t add much. 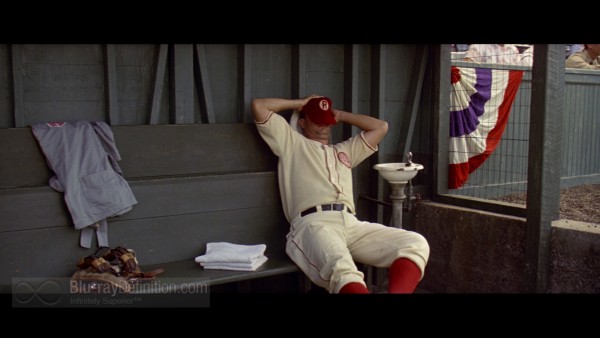 This charming sports film may at times become just a bit too sappy, but never you worry, there really is no crying in baseball. The film is rescued at every turn by its easy comedy, great chemistry between the actors, and strong sports scenes. The Blu-ray offers a solid transfer as well, so if you want it, go get it. 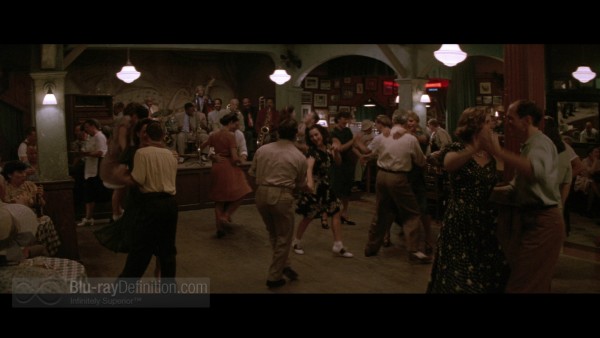 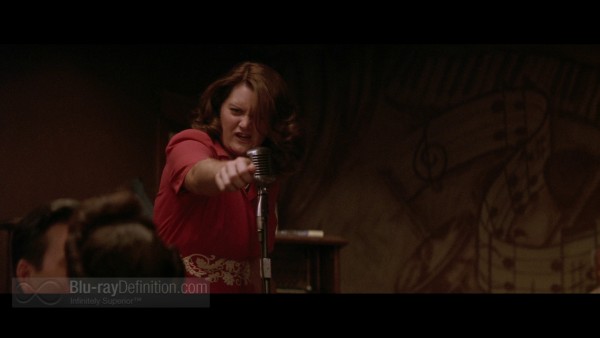 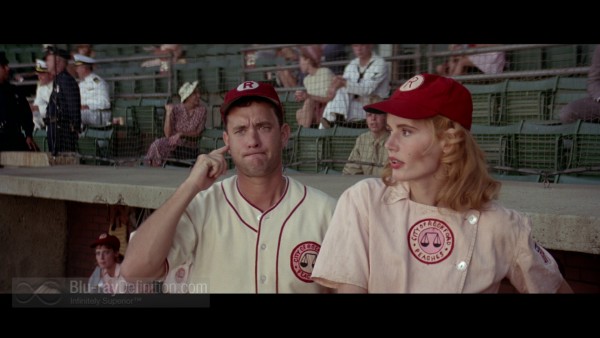 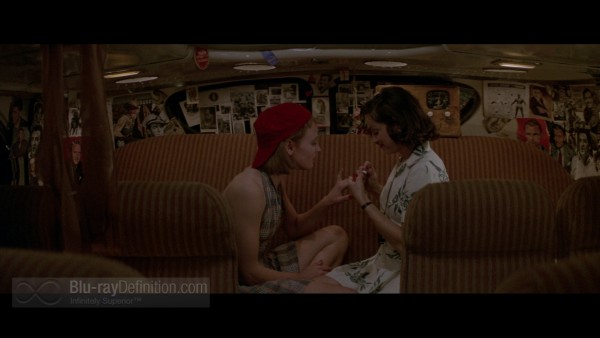 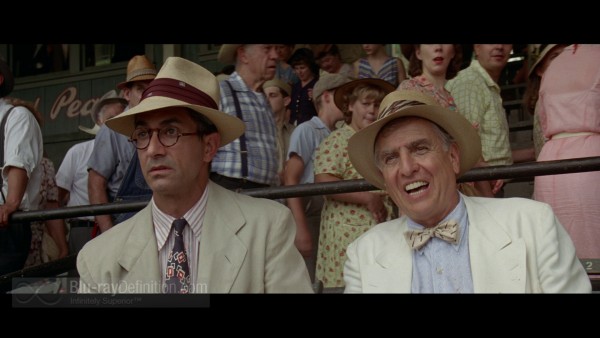 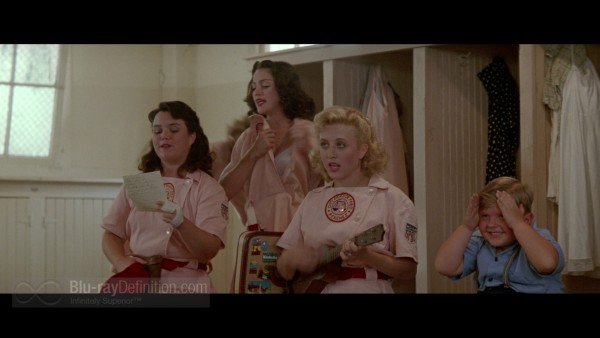 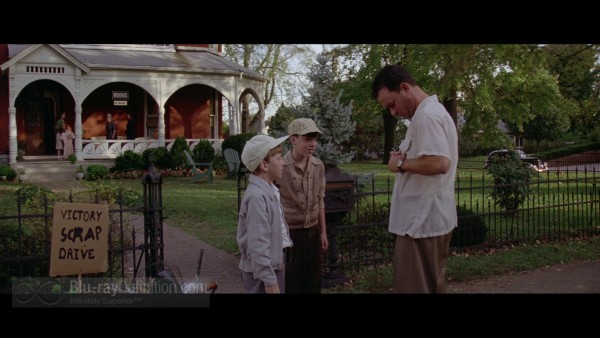 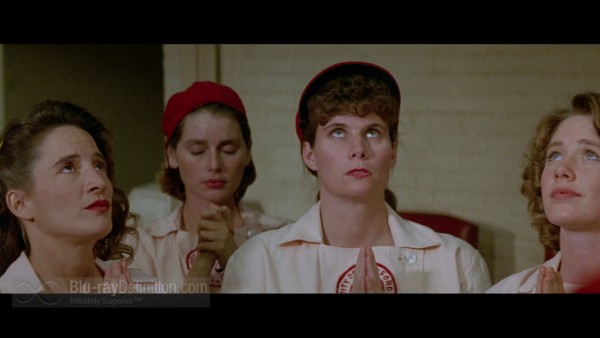 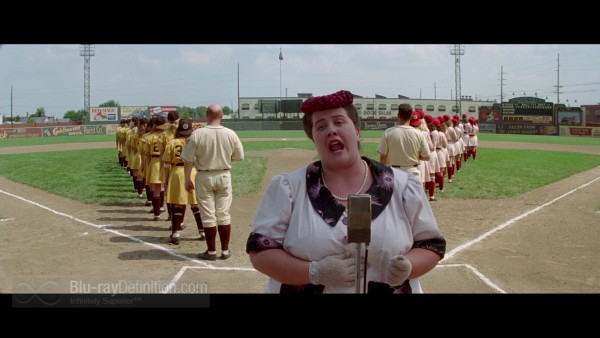 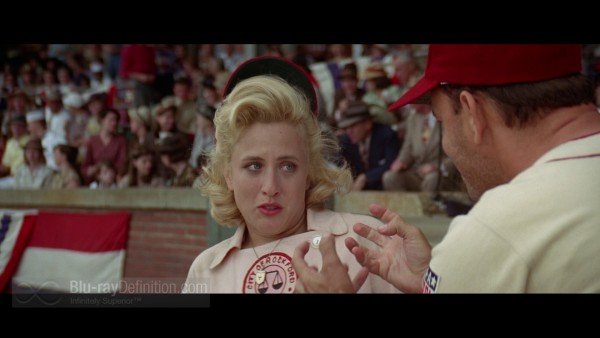