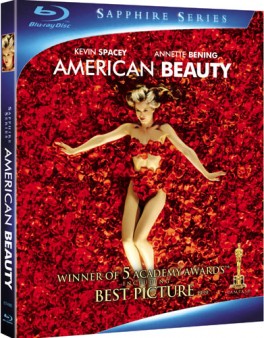 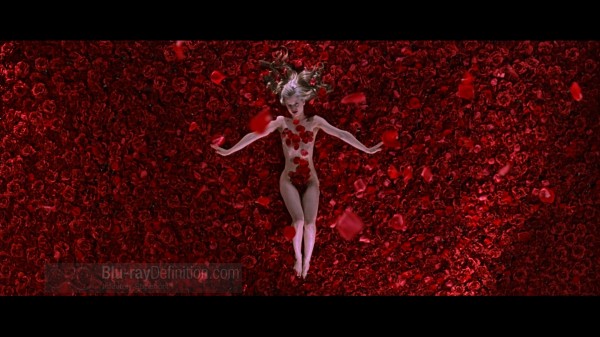 The five-Oscar winner (Best Picture, Best Director, Best Actor, Best Cinematographer, Best Screenplay) American Beauty was the Broadway director Sam Mendes’ big screen debut. The film exposed the peccadilloes of the American suburban lifestyle and the anxieties of maintaining “success” at time when the country was going through one of its biggest economic booms.

Kevin Spacey in his Oscar-winning turn plays Lester Burnham, dissatisfied suburban husband and father who is married to a taskmaster of a wife, Carolyn (Annette Bening), who works as a real estate agent. The couple has a daughter, Jane (Thora Birch), who couldn’t care less about either of them. Lester’s going through a mid-life crisis, he’s unhappy with his marriage, his job, his general place in life. He has an epiphany when he witnesses his new neighbor’s pot-dealing, video camera-obsessed son Ricky Fitts (Wes Bentley) quit his job without hesitation. So, Lester decides to reclaim his life and he quits his job after black mailing his bosses out of some extra cash. Meanwhile, he develops an obsession for his daughter Janey’s blonde, best friend, Angela (Mena Suvari) and decides to actively pursue a sexual relationship with the teenage girl.

All the while, Janey has developed a relationship with the neighbor Ricky who seems to have an uncanny insight into people and Carolyn is off pursuing an affair with a local real estate magnate. The Burnham’s once orderly, and, outwardly at least, typical suburban life begins to collapse into chaos.

American Beauty truly is beautiful and haunting through the cinematography of Conrad Hall (The Professionals, In Cold Blood) who uses light and splashes of color to marvelous effect, plus the score by Thomas Newman (The Shawshank Redemption), the film is a collaborative experience. 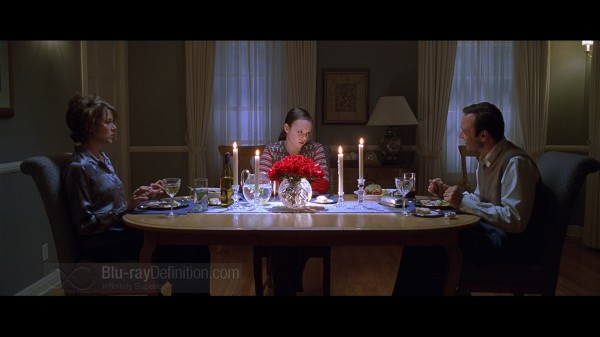 Overlooking the obvious variance in quality from film to video camera in certain scenes, American Beauty basically looks stunning in this Sapphire Series release from Paramount. The 2.40:1 AVC/MPEG-4 1080p encoding wonderfully captures the detailed settings and beautiful cinematography of Conrad Hall, ripe with splashes of vermillion and other primary colors, and beautiful use of light. The image does at times look a bit too clean and processed, but it’s still a pleasure to watch. 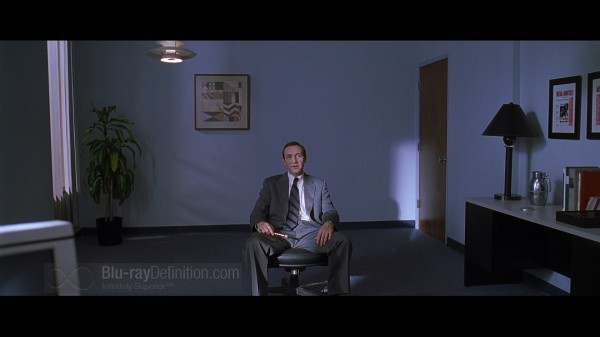 An English DTS-HD Master Audio 5.1 mix has been provided that stays mainly across the front three channels with low-level ambience mixed into the surround channels. This is a dialogue-driven film, so the soundstage doesn’t really open up much. Only when the score kicks in do we hear a bit more activity in the surrounds. Still, the mix provides good stereo activity with clean and balanced dialogue. 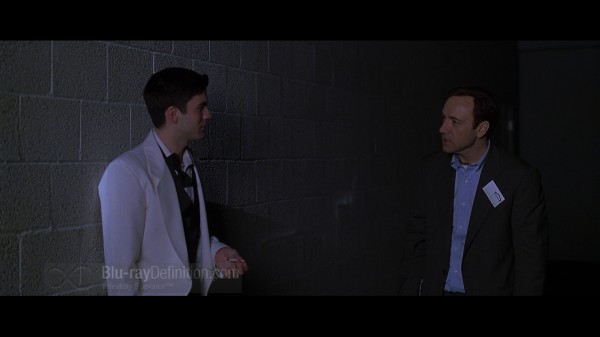 All of the supplements have been ported over from the DVD release, which is a shame. If Paramount’s “Sapphire Series” is supposed to be a step up, then perhaps the studio should step up the supplements as well. 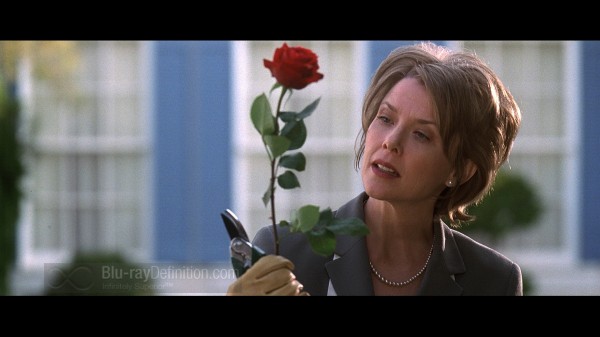 There are so many works over the years that have tackled the subject of American suburban angst. The Ice Storm and The Stepford Wives are just two that come to mind, but perhaps none of them brought together the imagery and themes as perfectly as American Beauty. The film contains Oscar-worthy performances down the line and is truly a modern classic. American Beauty works on many layers. It is emotionally moving, filled with symbolic resonance, and it is visually stunning with a memorable score. It has been restored in a superb high definition Blu-ray release from Paramount’s Sapphire Series that is not to be missed. 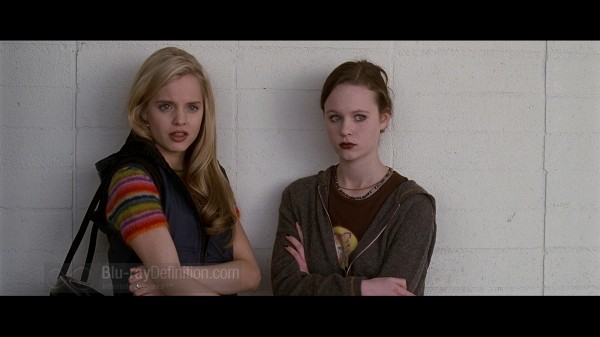 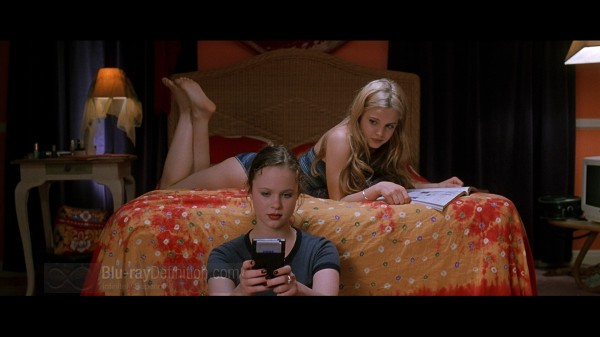 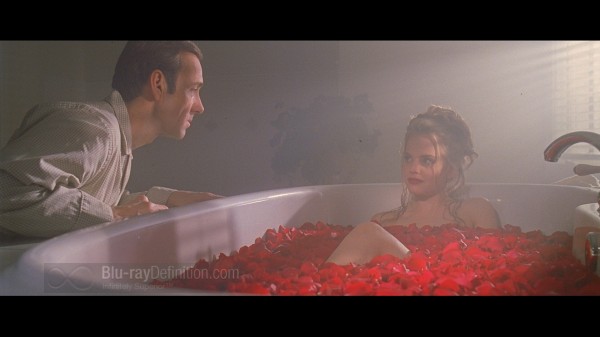 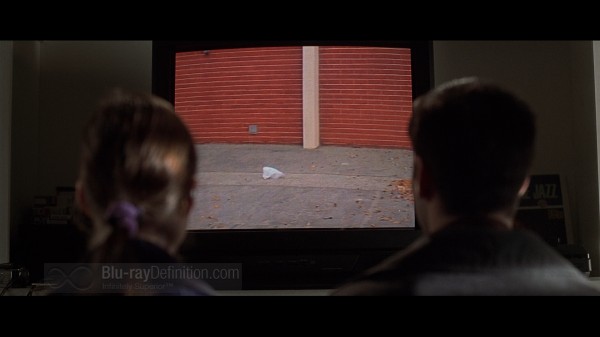