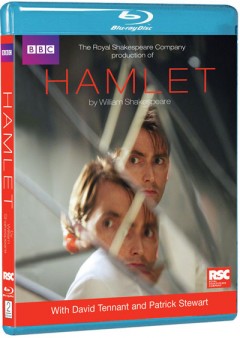 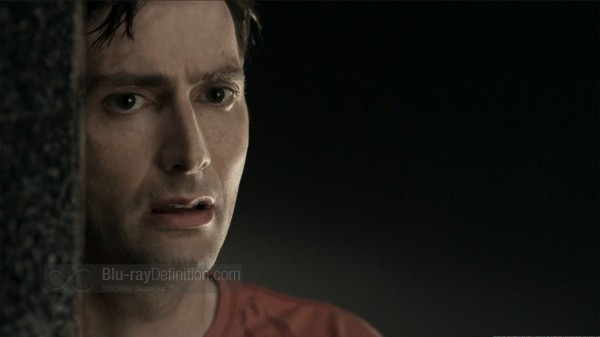 As a reviewer some of the easiest works to review are the universal stories like these where there are no worries of revealing any spoilers because the story is so well known. Who out there hasn’t had to read, sit through, or perform in a production of Hamlet at some point in their school career? The story of Hamlet, the Danish prince who has discovered that his uncle who in killed his father, claimed the kingdom of Denmark and married Hamlet’s mother Gertrude, has been captivating audiences for centuries. Tackling the roles of Hamlet and his uncle Claudius over the years have been numerous actors too many to mention, but all great and well known in their own right — Olivier, Gibson, Branagh, MacLachalan — the list runs on for a good, long while.

The Royal Shakespeare Company production employs two well known actors in their own right of today, and one, Patrick Stewart (X-Men, Star Trek: The Next Generation) is certainly no newcomer to productions of Shakespeare’s works. He has proven his mettle in previous stagings, playing Prosepero in The New York Shakespeare Festival’s The Tempest, and has played the title role in Macbeth in a few different productions. His portrayal as Claudius in the RSC’s Hamlet is typically reserved and informed. He has a presence that radiates confidence and a true understanding of the material with an emotional depth that seethes under the surface.

David Tennant (Doctor Who) is a different beast altogether in this role as the young Danish prince, tormented by the ghost of his dead father and overcome with the urge for vengeance toward his uncle. Coming to the role with the RSC for the first time in 2008, Tennant brings a rush of frenetic energy and intensity perfectly suited to the character feigning madness. His scattershot portrayal, reminiscent of his “Doctor” on Doctor Who, wears all the emotions on his sleeve. If Patrick Stewart’s Claudius implies a sense that all is not what is seems on the surface, then Tennant’s Hamlet is the prefect emotional counterpoint. The two play off each other for one of the more balanced performances of Hamlet in recent years.

The production appearing on this release takes as its inspiration the 2008 staging from the Royal Shakespeare Company, but it is a production done specifically for television. It adds in some special effects and such that are meant to augment the feel of an actual stage production and translate to television viewing. They do not always work, but overall, this production is successful in retaining the feeling of an actual play, rather than turning the production into something resembling a film or TV series. 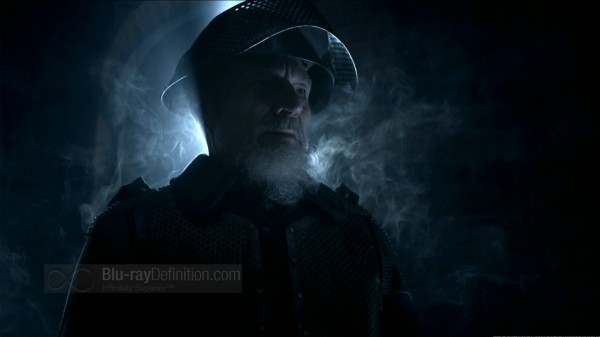 Originally captured in high definition, Hamlet arrives in a 1.78:1 1080i/60 AVC/MPEG-4 encoding on Blu-ray from the BBC. It provides a decent lifelike image free from obvious artifacts with natural flesh tones, good shadow details, and very limited amounts of video noise, even in the various low-light settings. At times, the backgrounds seem just a little soft and black levels tends towards the greyish part of the spectrum, but other than that it is a satisfactory image. 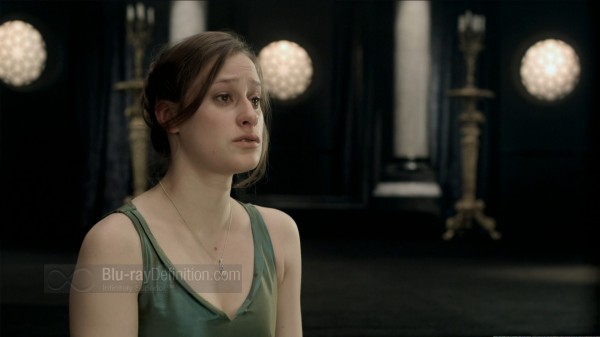 Hamlet comes with a simple LPCM 2.0 soundtrack that isn’t always the best at conveying the performance’s difficult dialogue. The sound is sometimes a bit muffled and difficult to decipher — this is not a good thing when trying to watch Shakespeare. It does generally get the job done, however, with a dynamic sound free from clipping and good panning across the soundstage as well as decent ambience and a sense of depth. 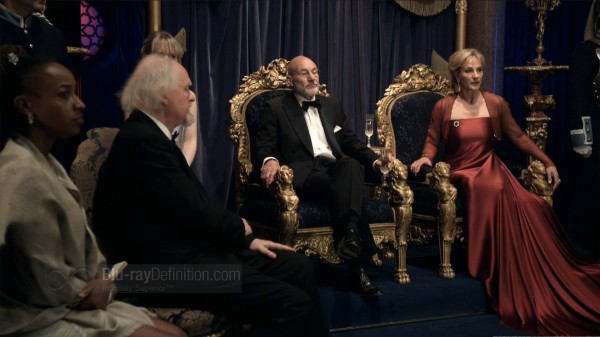 The supplements are thin on this release and will not like result in much replay value. The most informative option, and also the dullest, will be the audio commentary. That does seem to defeat the purpose of actually watching a Shakespeare play, however. 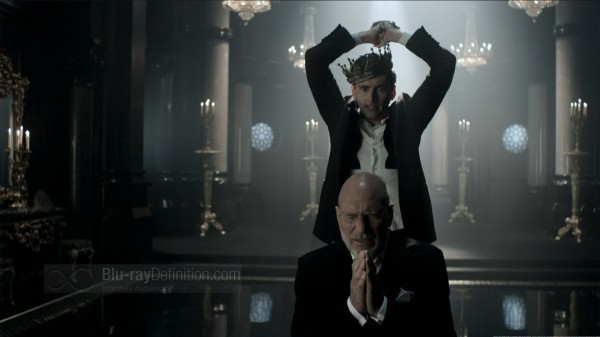 David Tennant and Patrick Stewart prove a strong and charismatic pair in this new RSC production of Shakespeare’s timeless tragedy, Hamlet. It is a must see production for enthusiasts of the bard, and the BBC’s Blu-ray release is an absolutely solid way to take it all in. 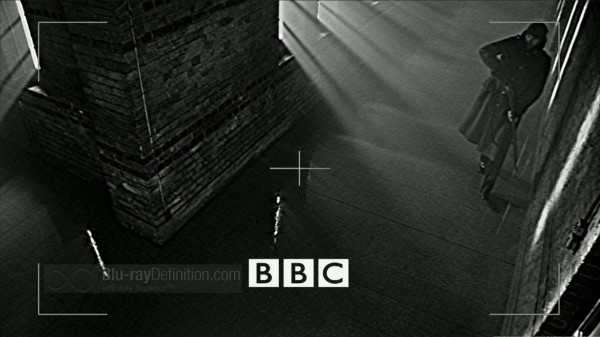 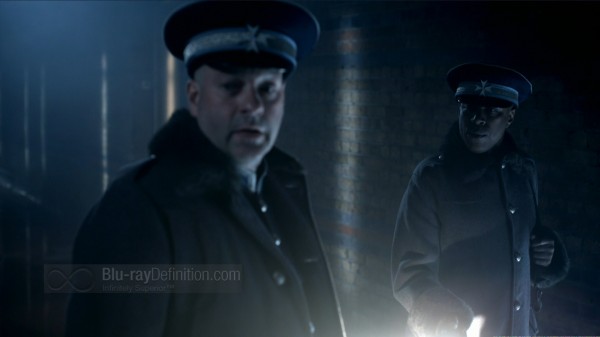 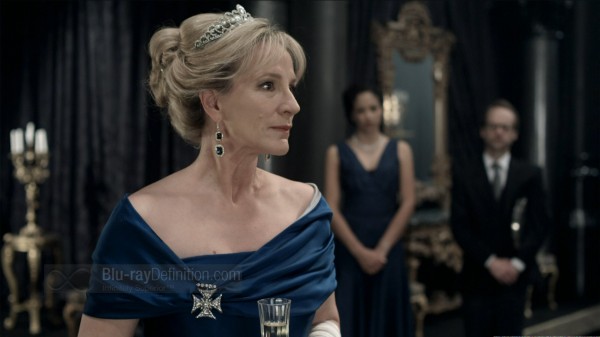 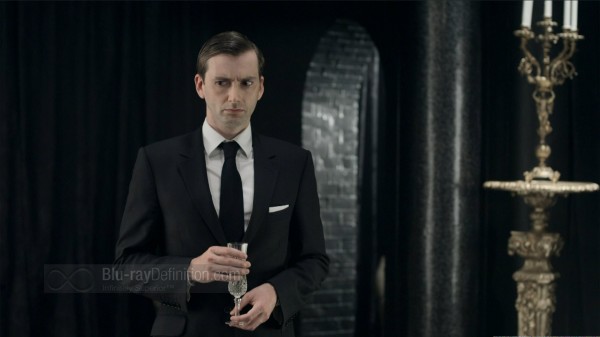 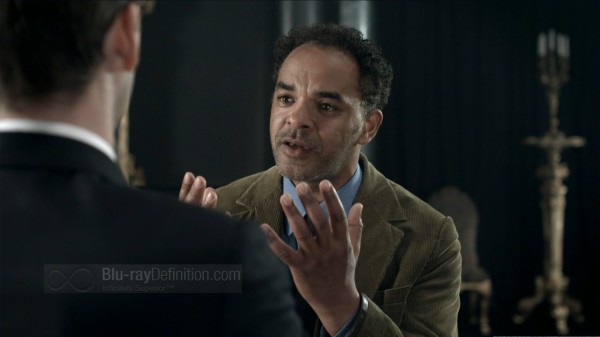 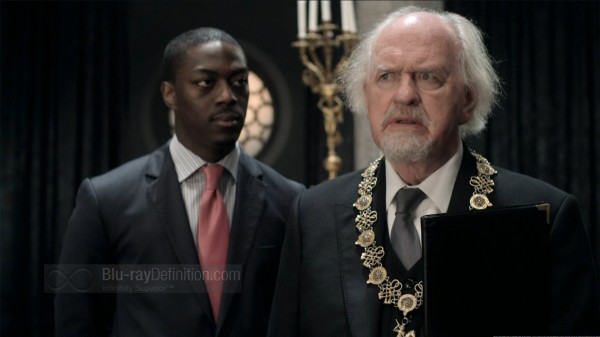 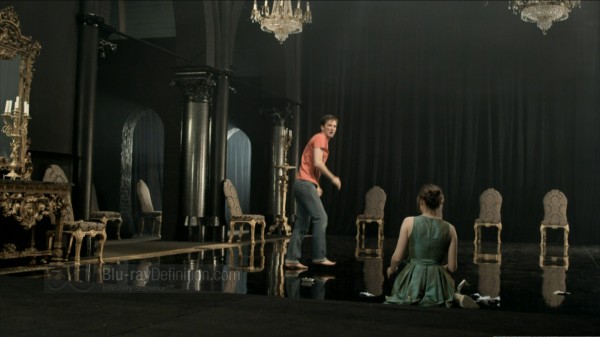 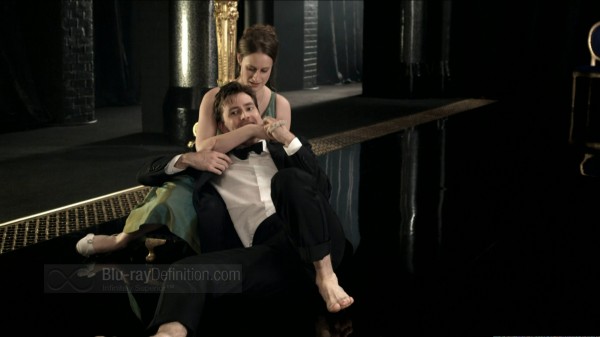 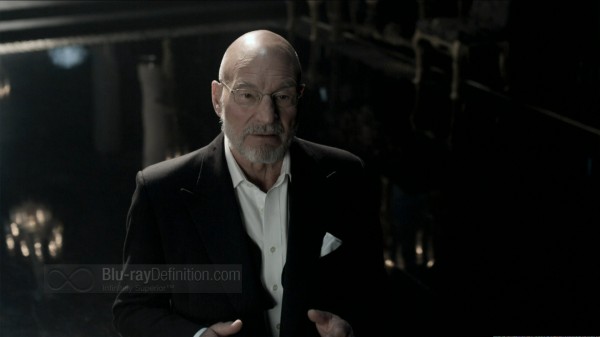