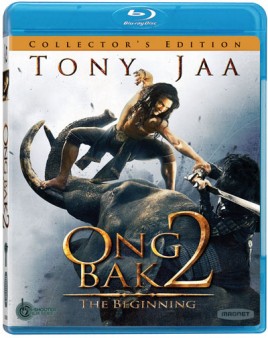 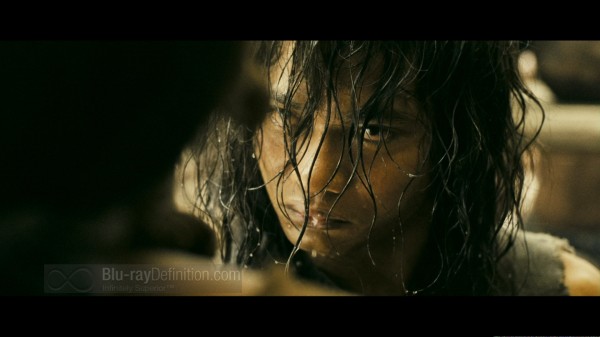 Martial arts action star Tony Jaa writes, directs and stars in this prequel to his international breakthrough Ong Bak, Ong Bak 2: The Beginning, which really has nothing to do with the original film, once again mixes together various styles of martial arts, and numerous action actions sequences, all wonderfully choreographed and adrenalin filled, proving once again that Jaa is at the top of his game and one of the premier stars of martial arts cinema.

Where Ong Bak 2 suffers is in its confusing plot that tries to be more epic than it needs to be. Set centuries ago in Thailand, the story involves Tien (Jaa), whose parents are killed by a powerful lord looking to take over the surrounding territories. Tien flees from Lord Rajasena’s (Sarunyu Wongkrachang) henchmen, but he is captured by slave traders and thrown to crocodiles. There the bearded bandit king of Garuda Wing Cliff who rescues him then takes him in and raises him as a son, teaching him the martial arts. When Tien grows up, he goes to seek revenge on Lord Rajasena.

The film shows Tien’s childhood through a series of nonlinear flashbacks that make it increasingly difficult to follow the story and it is filled with characters and scenes that just don’t seem to belong anywhere, but are stuck in there nonetheless. For instance, there is somewhat of a love story that starts in one of the flashbacks of Tien’s childhood, when he is placed at a dance school and meets a girl, Pim (Primorata Dejudom), but this is never developed. He meets her again, years later as he is going after Lord Rajasena, and all that happens is he looks right through her with the meanest of stares. It makes one wonder what the point of the entire love story sequence was in the first place?

Plot inconsistencies aside, Ong Bak 2 certainly delivers on the action. With ever-increasing difficulty, the action sequences continue to unfold, almost like a video game, until the ultimate showdown that finds Tien battling a seemingly absurd amount of ninjas, in a sequence that even involves an elephant. 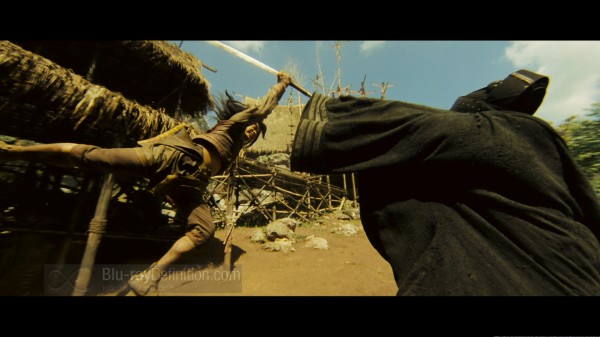 Ong Bak 2’s 2.35:1 VC-1 encoding has a fine layer of film grain and looks quite film-like straight through its presentation. The source is relatively clean, but some specks do pop up on occasion. Detail is sharp, even in the fast-paced action sequences and darker scenes where shadow detail is nicely extended, although blacks are not quite as consistent as one would like them, sometimes crushing slightly and sometimes looking a bit greyish. Otherwise, the transfer and its production generally have a patina that, although it doesn’t allow for the image to “pop,” looks quite nice in high definition free from any artifacts and well textured. 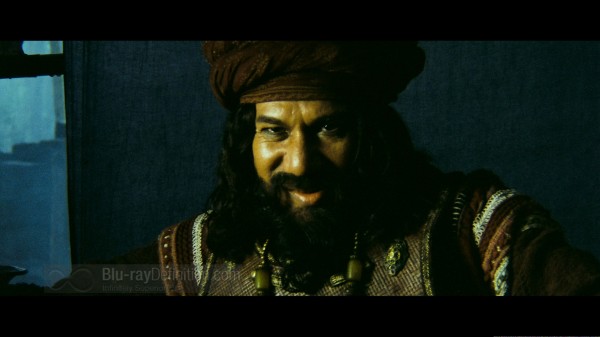 Both the original language Thai and English dub tracks are offered on Ong Bak 2 in DTS-HD Master Audio 5.1 lossless options. I chose the Thai soundtrack as my reference for this review with English subtitles engaged.

The soundtrack is a thoroughly enjoyable and active (or should I say, hyperactive?) mix that makes full use of the surround channels and the subwoofer. Punches and kicks land with an authoritative “oomph” and there is hardly a moment where every channel is not active with some sort of sound. I heard everything from horses to rainstorms panned through the soundstage. The weakest part of this mix is the dialogue, which sounds muffled and shows a little bit of clipping in some passages. Other than that, it is an engaging mix that has a good dynamic range, yet is still easy on the ears. 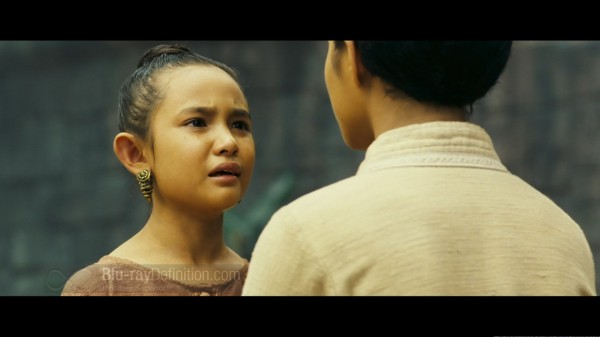 Ong Bak 2 comes with a pretty good dose of supplements, allowing fans to delve into the making of the film and get behind the scenes with the cast and filmmakers, but all but two of the extras is provided in standard definition and one of those is only a trailer. Also provided on the disc is an alternate cut of the film, accessible under the “Special Features” menu.

The Making of Ong Bak 2 Featurettes:

Behind the Scenes Featurettes — Behind-the-scenes footage of various aspects of the film’s production: 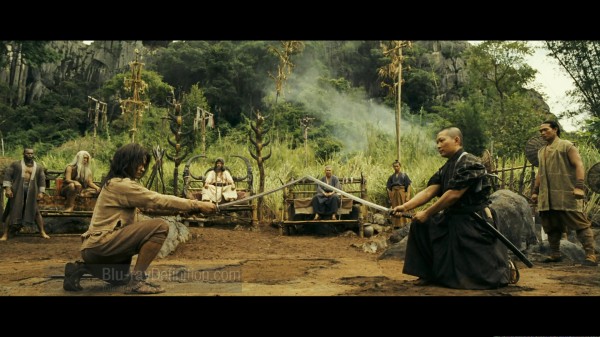 With Ong Bak 2, Tony Jaa may have tried to be too epic in scope for his own good. It’s certainly no Hero, and Jaa is no Yimou Zhang, but when the clumsy plot is not getting in the way, there is no arguing that Jaa’s ability to capture martial arts on film is thrilling. There’s enough exciting, heart pounding and blood spilling action in Ong Bak 2: The Beginning to please most fans of martial arts cinema, and the strong audio and video transfer to Blu-ray certainly help matters.

Join the Discussion in our Forum