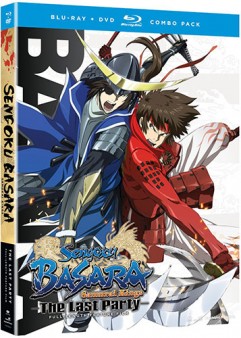 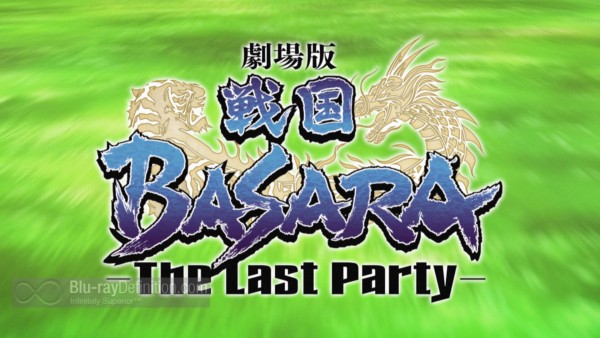 The Sengoku Basara franchise, a Capcom Playstation game, has blended science fiction and fantasy to tell the history of Japan’s Sengoku or “Warring States” feudal period during which numerous warlords fought ceaselessly for control. When I last reviewed an anime based on this game, it was Sengoku Basara: Samurai Kings, an uproariously, action-fueled gem that, while a bit light on story, was entertaining nonetheless. Sengoku Basara: The Last Party picks up where that left off, supposedly telling the story of the Battle of Sekigahara, which would clear the way to the Shogunate for Tokugawa Ieyasu and eventually finally bring a long period of peace to Japan. That all sounds rather sobering, but the reality is that this particular feature-length film is yet another action-filled romp with spectacular graphics, wildly anachronistic dialogue and sci-fi elements that still manages to be enjoyable. This one reassembles most of the main players for a grand battle of brawn and skill, each one using their unique “power-ups” just like in the video game, to gain the upper hand. As Tokugawa tries to unite the battling warlords, he his thwarted at ever turn by Ishida Mitsunari who’s ready to carry on a blood feud in the name of the fallen Toyotomi Hideyoshi. The culminating battle brings together all the powerful warlords for a magnificent showdown to determine the fate of Japan. 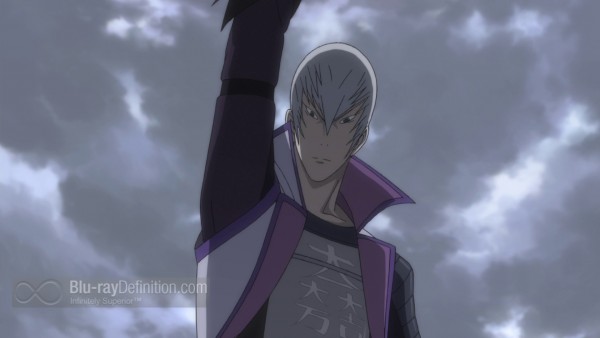 The animation looks spectacular in this 1080p encodement from Funimation. Apart from the slightest bit of aliasing that looks native to some of the CGI work, this transfer is pretty flawless. There’s hardly any video noise noticeable in the color fills, line art is sharp, and colors really “pop” nicely. 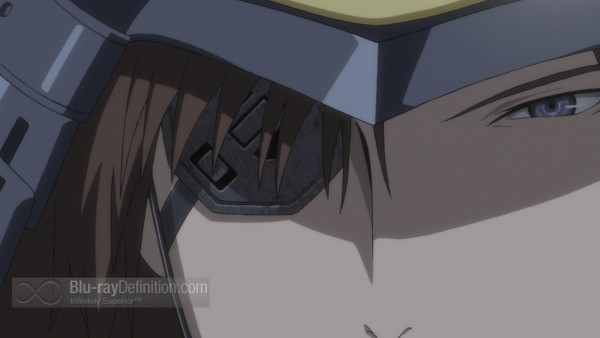 The audio mix is equally enjoyable for Sengoku Basara: The Last Party. The original Japanese and English dub are both provided in clean and dynamic lossless Dolby TrueHD 5.1 (48kHz/24-bit) encodements. They surround you in various sounds, including the atmospheric musical score that often places subtle percussive instrumentation and swells of strings in the surround channels or panned widely off to the sides. Dialogue moves around the front and behind you. Punches, kicks, and explosions have authoritative thuds and booms, while dialogue is clear and clean. The slight difference between Japanese and English tracks is that on the Japanese track the dialogue sounds just a little bit fuller and more forward in the mix than it does in the English version. 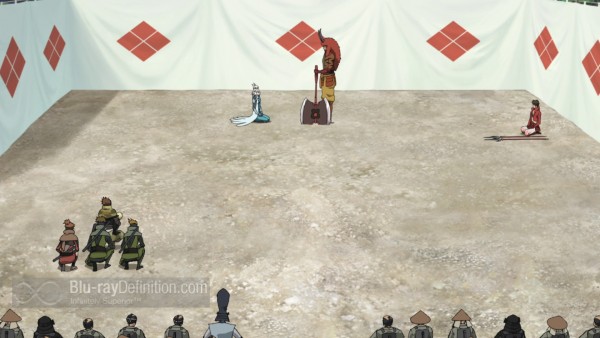 A set of chibi-styled OVA’s and a nearly hour-long making-of anchor the rather decent set of extras on offer for this release. 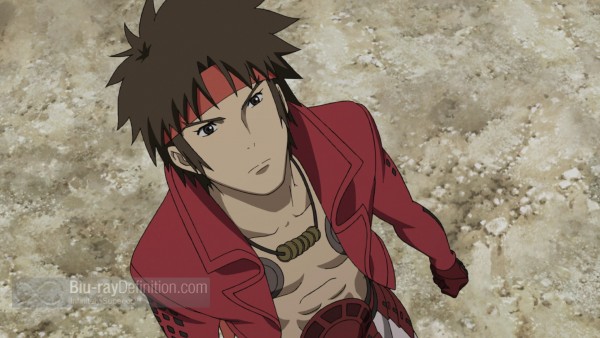 The action remains intense, the characters charismatic, and the story, well, the story is still rather thin, but the plot is somewhat beside the point in Sengoku Basara. Be forewarned, if you’re unfamiliar with this franchise, diving in with this film will leave you somewhat lost, even with the recap at the beginning. However, for fans of the franchise, this is a satisfying, edge of the seat wrap up with great animation and marvelous action. 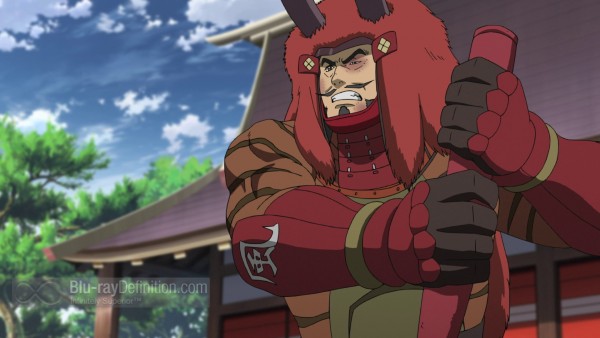 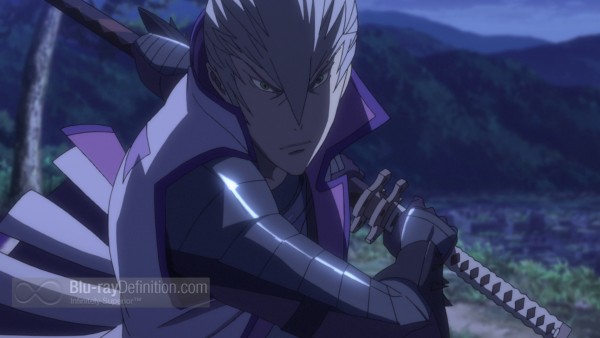 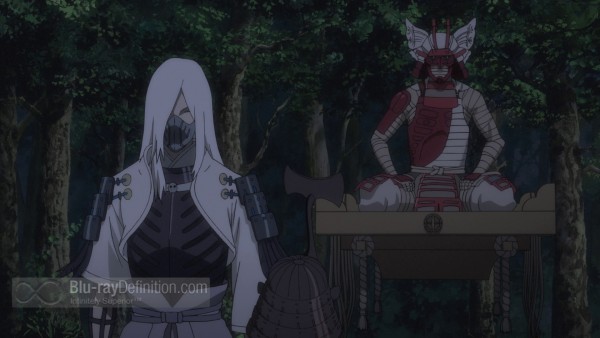 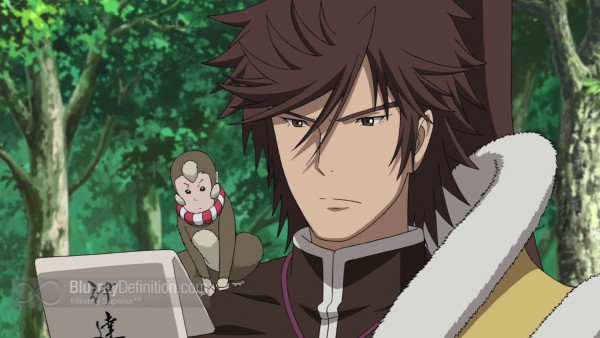 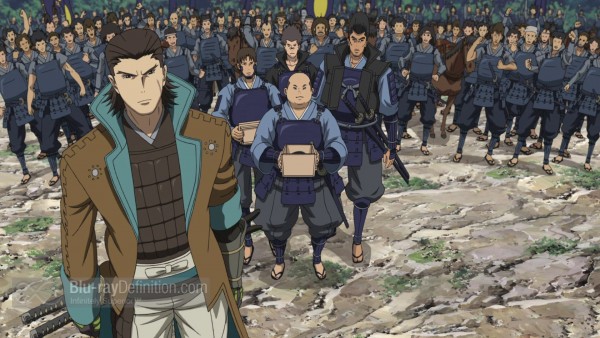 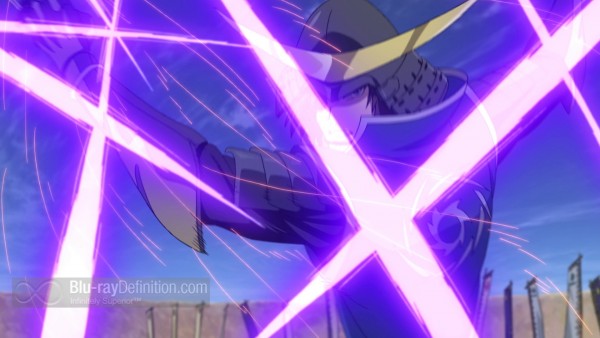 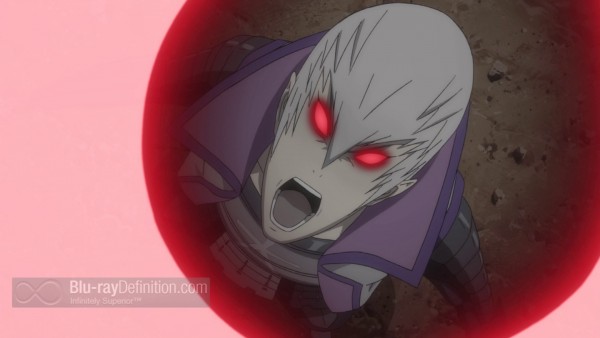 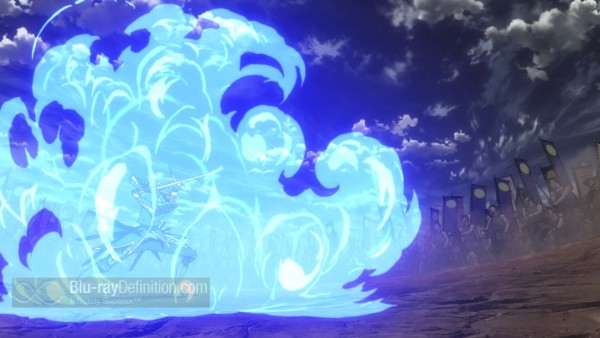 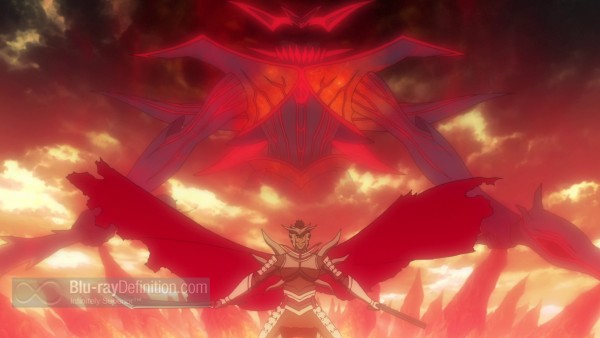 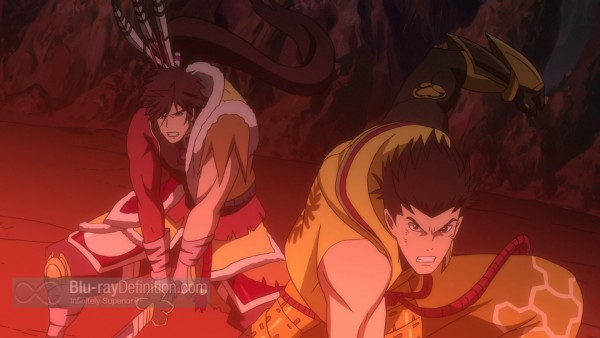 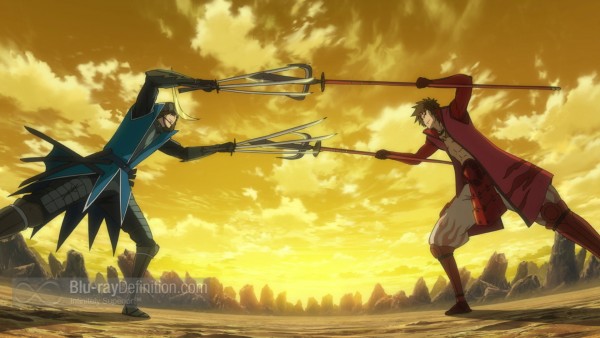