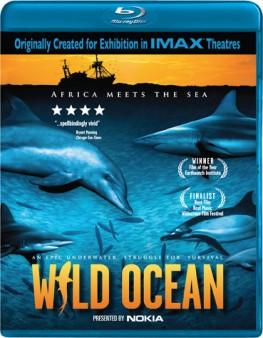 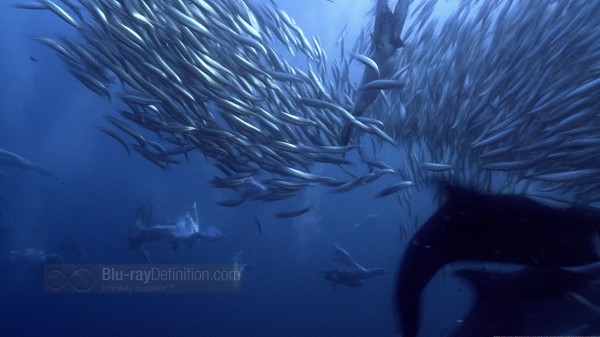 Between May and July off the coast of Southern Africa, millions of sardines spawn and migrate north along the coast of South Africa. This annual event creates a massive feeding frenzy that is one of the most spectacular natural events in the world. Filmed by the same directing team who gave the world the musical Stomp, Wild Ocean sets its large format lens on this massive natural event that has come to be known worldwide as the sardine run. Sharks, dolphin, tuna, and birds such as gannets all gather to feast on the massive shoals of sardines and chase them up the coast.

This IMAX presentation breathtakingly captures the imagery and splendor of the events as they unfold; both underwater and on land as even the people of South Africa get into the act taking advantage of the annual bounty that the sea gives up. There is hardly a moment in Wild Ocean where the screen is not filled with captivating imagery.

But, the title, Wild Ocean, is a bit misleading, because its focus is squarely on the sardine run and not the ocean itself. As such, there is not much underwater photography, and much of the imagery in Wild Ocean takes place above the surface. There’s also a heavy focus on the human impact of fishing, as to be expected, but the off hand remarks about global warming’s effects on the sardine population feel more like obligatory comments than anything relevant to this particular film. Wild Ocean still delivers what an IMAX title is supposed to do, however, and that is some beautiful eye candy. 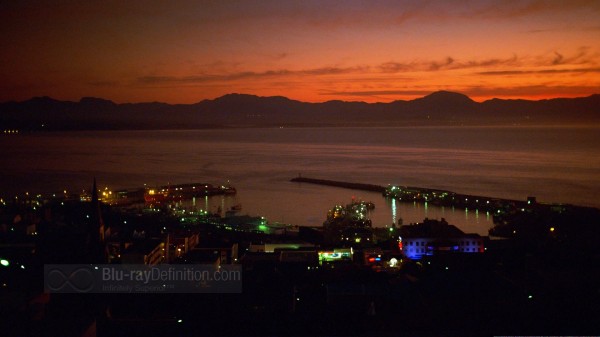 Wild Ocean arrives on Blu-ray in a 1.78:1 1080p/24 VC-1 encoding from Image Entertainment that looks absolutely splendid. Colors are vivid, detail is sharp, blacks are deep and contrast does not clip. There are no compression or processing issues and the source looks immaculately clean. The picture sometimes softens ever-so-slightly, most likely due to the resizing of the image rather than the encoding, but other than that this is great reference material. 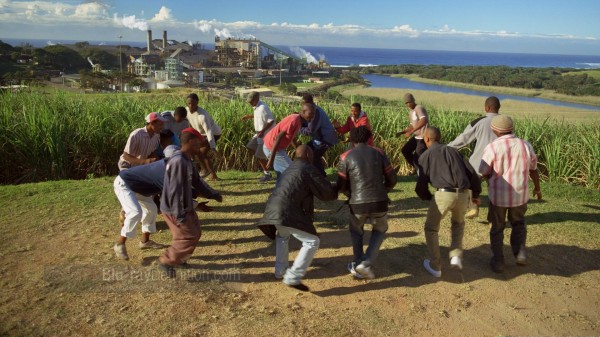 Wild Ocean’s English DTS-HD Master Audio 5.1 soundtrack sounds big and theatrical, just as you’d expect an IMAX presentation to sound. Foley effects are panned around the surrounds, there is oodles of ambience and low frequencies are greatly extended. The narration in the center channel did get lost just a little bit on a couple occasions, but it was clean and crackle free. 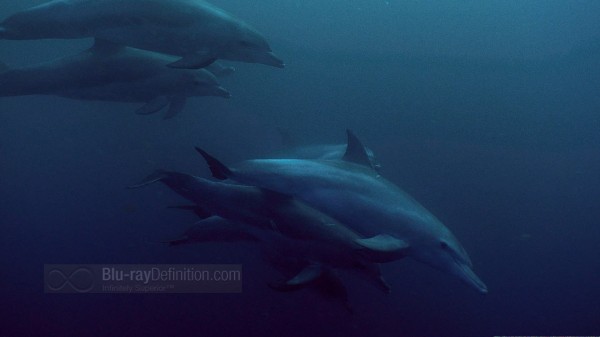 Wild Ocean comes with one of the better selection of supplements I have seen on an IMAX title from Image Entertainment to date. All video supplements are in high definition, and there is even a good interview segment with the directors. 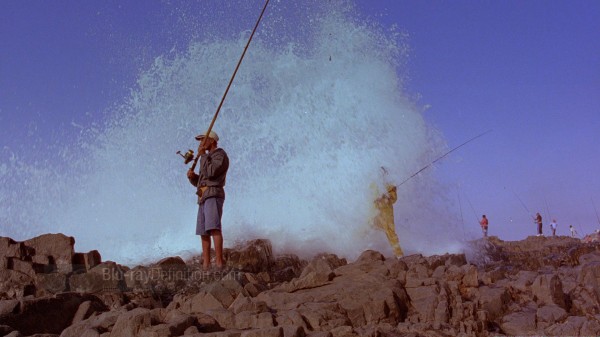 Wild Ocean joins in the long line of IMAX titles from Image Entertainment that offer up captivating imagery of the natural world in a reference-quality high definition Blu-ray release. If nature is your thing and you’re looking to show off that home theater, then Wild Ocean is the title for you.