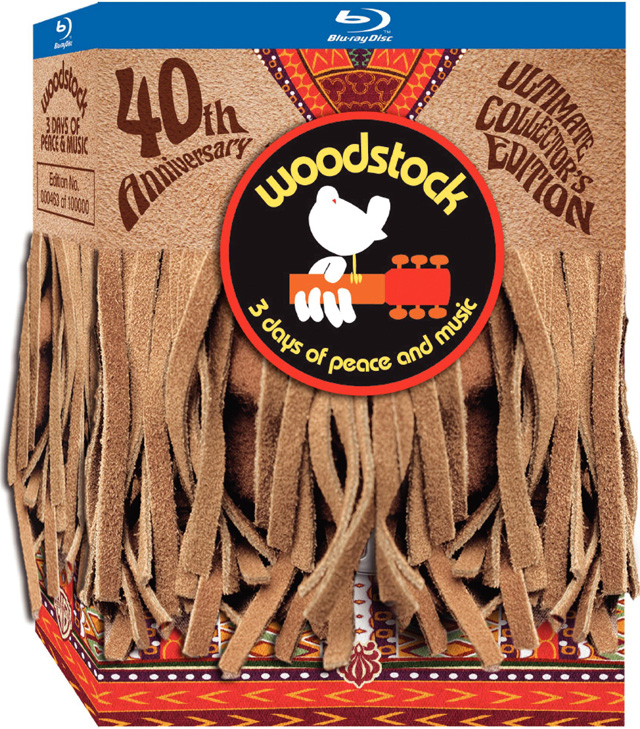 For three days in August of 1969, a crowd of nearly a half-a-million people gathered in the small town of Bethel in Upstate New York, 43 miles southwest of Woodstock, New York, for the Woodstock Music and Art Fair — 3 Days of Peace & Music. The promoters eventually turned what was originally planned as a profit-making venture with an estimated 200,000 people expected to show into a free show as the crowds continued to pour in causing the New York State Thruway to eventually be closed down.

With the eyes of the world on the generation of “hippies” gathered on Max Yasgur’s 600-acre farm, and announcements not to take the “brown acid” coming over the sound system, organization quickly started to breakdown as the crowds faced food and water shortages, a lack of proper medical care and torrential rainfall that turned the entire field into a muddy mess. Remarkably, what could have turned into a complete disaster, went off as an amazing success with the peace and love generation remaining true to their ideals, staying calm, helping each other out, and keeping the festival a peaceful affair. To date, there are only two documented deaths on record at Woodstock — one heroin overdose and one person in a sleeping bag accidentally run over by a tractor. 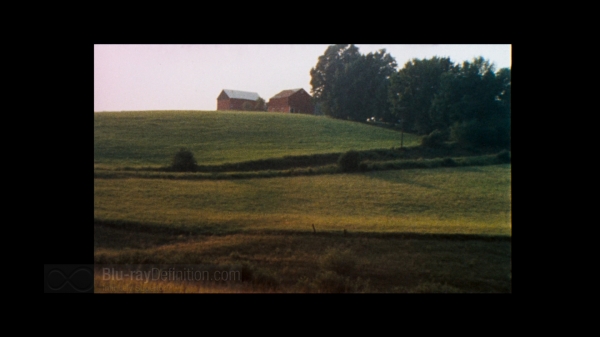 Practically every big musical act of the day who was anybody was there or was meant to be there — The Who, Hendrix, Joan Baez, Jefferson Airplane, Canned Heat, Crosby, Stills, & Nash, Ten Years After, Sly & The Family Stone, Janis Joplin, Creedence Clearwater Revival, Santana and more. To name them all together today almost seems unreal. For many of these artists, their performances at this historic event would go on to be legendary, such as Jimi Hendrix’ famous set where he played a raucous rendition of  “The Star Spangled Banner” that invoked the imagery of war in Vietnam and Korea with its feedback and overdrive.

If one could freeze a moment in time that embodied the idealism of the 1960’s — all the free love generation believed they could accomplish — then Woodstock would be it; nothing would be the same after Woodstock.  Michael Wadleigh’s documentary — innovative for its time — captures the feeling of the moment without injecting the filmmaker’s own point of view. The perspective of the live performances are energetic; forgoing tripods for shoulder-mounted cameras and allowing the cameramen to get right on stage with the acts in a way that just isn’t possible today, the performances feel at once large and intimate. The multi-perspective framings also look forward to the MTV generation, inventively editing together sequences that involve viewers in the sounds, the lighting and the motion.

Perhaps most telling, however, is the ending of Woodstock, showing all the trash left behind by concertgoers. Not only does it truly look like the disaster area that the place was declared by the state during the festival, but it really symbolizes the end of the 1960’s counterculture dream. Summing up the loss of innocence and the end of the “Summer of Love” in a way that even Altamont doesn’t, it’s a sobering ending, particularly with the music of Hendrix playing behind it, knowing what was to come in the not too distant future.

Woodstock Director’s Cut Ultimate Collector’s Edition finally adds in some extra performance footage edited out of the original theatrical release and also includes a bonus disc with more performances cut from the original film by artists like Creedence Clearwater Revival, more performances by The Who, and a whole lot more. This is more than just a concert film and more than just a documentary; it’s a time capsule and everyone should watch it. I recommend this release wholeheartedly. 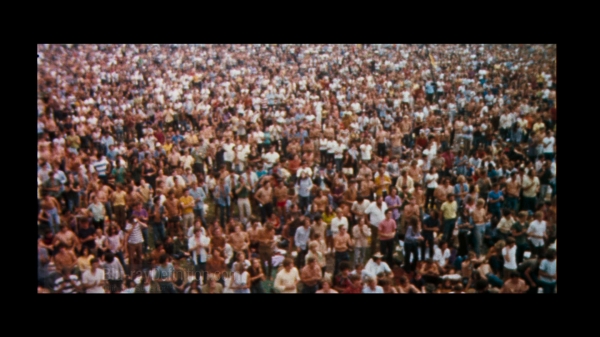 Although Woodstock was projected in theatres on 70mm prints, it was originally filmed on Éclair NPR 16mm cameras, which, at the time, were considered to be the best 16mm cameras on the market, and an independent filmmaker’s dream.  This new 40th Anniversary Blu-ray edition from Warner comes in a high definition 1080p/24 VC-1 encoding that seeks to preserve that theatrical look as closely as possible, but let’s face it — Woodstock is never going to look great and even on Blu-ray, it’s no reference release. This transfer certainly looks good for its age and its original resolution, but one has to assume that there has been some DNR (Digital Noise Reduction) and dust and scratch removal applied, which only adds to some of the image’s softness. Flesh tones and skin textures are a bit pasty and there are occasionally moments that show some slight posterization.  Other than these things, Woodstock surely looks the best it  ever has in this high definition Blu-ray release. 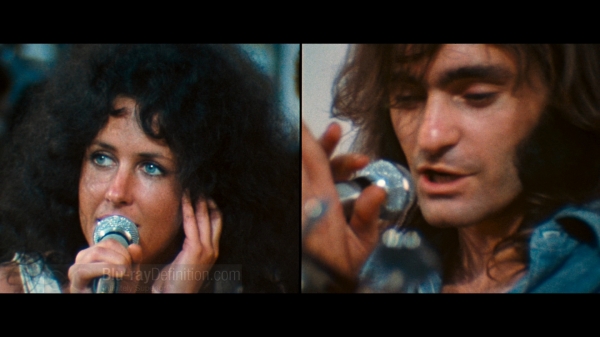 Just as the picture quality of the film is limited by the constraints of the day, so is the audio on this release of Woodstock. Audio engineer Eddie Kramer was basically working with eight tracks — one of which was reserved for the filmmakers’ synch track — and no communication between his mobile recording unit and the stage. There are some moments where there is some obvious clipping, there are some strange pans across the front channels (probably a result of multiple tracks needing to be bounced) and sometimes the low frequencies area bit boomier than they ought to be. Also, there are some instances where certain instruments appear to be nonexistent, such as during Hendrix’ performance; there’s a percussionist playing, but he can’t be heard anywhere in the mix.

Despite all of these limitations, the Dolby TrueHD 5.1 (48kHz/16-bit) lossless mix sounds quite respectable for something recorded under such conditions, and the tracks have held up well over the years. The sound is dynamic, with a good amount of “air” around each instrument, vocals are intelligible, and high frequencies are laid back. 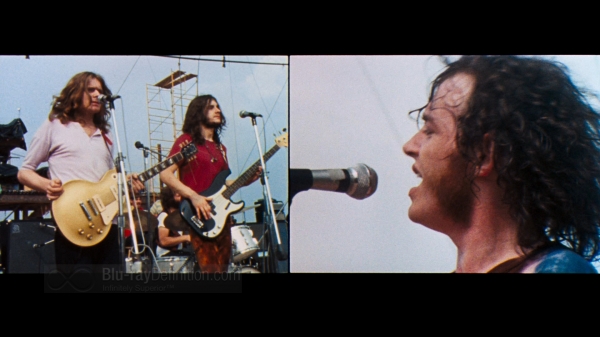 Other than BD-Live connectivity, which offers up absolutely nothing relevant or compelling, all the extras are loaded onto a second disc for this Ultimate Collector’s Edition — and I do mean loaded.  There are hours of supplemental materials packed onto this bonus Blu-ray Disc delving into the history of the Woodstock festival and film, best of all, however, are all the bonus performances that did not make it into the final film, meaning this is a supplemental disc viewers will actually want to return to.

The set has also been given the deluxe packaging treatment, including a commemorative 60-page Life Magazine reprint, an Iron-On Woodstock patch, a Woodstock fact sheet, reproductions of festival memorabilia including handwritten notes, and a three-day ticket and a Lucite display with images from the festival.

The supplements available on this release are: 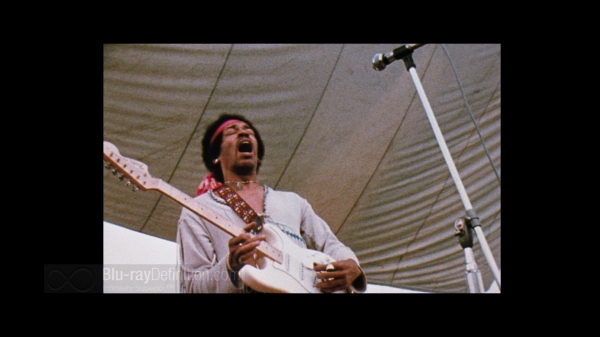 Woodstock, more than any other music festival, defined a moment in time and a culture. The influence the original — the one and only — Woodstock had not only on its generation, but also generations to follow is immeasurable. Michael Wadleigh’s documentary embodies that spirit in its groundbreaking technique, capturing the feel and energy of the moment in a way a documentary never had before. Finally, his original vision is available in high definition in this 40th Anniversary Ultimate Collector’s Edition on Blu-ray Disc and, although it may never look like absolute reference quality material, the added value of this set and the quality of the content make it a must own item.